Air pollution is the world’s most critical environmental health risk. While some air pollution derives from naturally occurring phenomena, the most significant contribution today comes from our use of fossil fuels.

Hazardous air pollutants directly attributed to fossil fuels were responsible for 8.7 million deaths globally in 2018. This accounted for a staggering one in five deaths that year. In South Africa, an estimated 45,000 deaths per year occur alone due to fossil fuel air pollution.

South Africa’s use of coal, gas and other hydrocarbons produces hundreds of millions of tonnes of emissions annually. This pollution weighs a heavy burden on the nation’s health. The social cost of fossil fuel combustion is at least R550 billion per year, according to the International Institute for Sustainable Development (IISD). These social costs include deaths, disease and working days lost due to air pollution and GHG emissions. This amount exceeds the revenues that the government earns from fossil fuel combustion five times over.

Human industrial activity is adding pollutants to the air faster than the Earth’s natural mechanisms can remove them. The results are materialising in the form of climate change, air pollution and the myriad of health problems caused by exposure to these harmful pollutants.

Key emitters of air pollution include power generation, such as coal and gas power plants, fumes from chemical production, waste burning and transportation emissions. Air pollution is now so ubiquitous in our everyday lives that even burning gas in our homes makes the air inside unsafe to breathe.

Of the hazardous air pollutants, particulate matter (PM) is a significant concern. This refers to inhalable particles composed of sulphate, nitrates, ammonia, sodium chloride, black carbon, mineral dust or water. These can penetrate deep into the lung and enter the bloodstream. Further dangerous toxins include carbon monoxide, ozone, nitrogen dioxide and sulphur dioxide.

The impacts of these pollutants on human health are severe. The millions of early deaths they cause are primarily from stroke, heart disease, chronic obstructive pulmonary disease (COPD), lung cancer and acute respiratory infections. They also cause and worsen asthma and other respiratory diseases, damaging the quality of life for millions more.

While experts have long known about the deadly impact of air pollution, it was not until 2020 that a coroner listed air pollution as a medical cause of death. 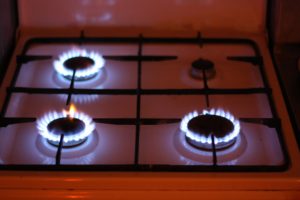 Ahead of COP26, the WHO launched a report with the stark statement: “The burning of fossil fuels is killing us. Climate change is the single biggest health threat facing humanity. While no one is safe from the health impacts of climate change, they are disproportionately felt by the most vulnerable and disadvantaged.” They also published an open letter calling for a “rapid and just transition away from fossil fuels”. The letter was signed by over 600 organisations representing over 46 million doctors and health professionals worldwide.

The most recent data for South Africa designated the air as “moderately unsafe”. This is based on the country’s annual mean concentration of PM2.5 – particulate matter sized 2.5 microns or less. However, the severity and type of pollutant can vary significantly between regions and times of the year.

For example, a 2018 study found that Mpumalanga’s coal belt was the world’s most polluted hotspot for nitrogen dioxide and sulphur dioxide. It is the only region globally that ranks in the top five for both dangerous pollutants. This region’s vast volume of toxic emissions affects health over a large area, spilling into the neighbouring Gauteng City-Region. The dire state of the air at Mpumalanga’s coal plant and industrial cluster is hardly surprising. Indeed, Sasol’s massive coal-to-liquid refinery alone generates more GHG emissions than over 100 individual countries.

Furthermore, hotter days can cause air pollution to have a more severe impact on health. This is particularly concerning for South Africa, where inland temperatures could rise by as much as 6°C by 2100 due to climate change.

Access to safe air is a social justice issue. In Mpumalanga, the dangerous levels of air pollution are often worse in low-income settlements, urban areas and areas close to industrial facilities. This means the most vulnerable communities are the most impacted.

Close ties between South Africa’s ruling party members and the fossil fuel interests have preserved the industry’s dominance. This alliance has enriched a few to the detriment of many. Minister of Mineral Resources and Energy Gwede Mantashe, an influential figure in the governing African National Congress, is a self-declared “coal fundamentalist”. The South African government has repeatedly granted waivers to Eskom and Sasol, allowing them to ignore air quality legislation to save money.

In 2019, environmental groups sued the South African government for failing to tackle the toxic air pollution produced by burning coal in Mpumalanga. The “Deadly Air” case argued that extreme levels of pollution violate the constitutional right of citizens to breathe clean air. In March 2022, the ground-breaking ruling gave the government one year to start enforcing its air quality management plan for the region. The Minister of Environmental Affairs originally published the plan in 2012.

A just transition away from fossil fuels is fundamental to cleaning up the toxic air pollution that destroys countless lives in South Africa. There are promising signals of a shift away from coal. South Africa has abundant solar and wind resources, and Eskom is now pitching a USD $10 billion plan to shut most of its coal-fired plants by 2050 and embrace these renewables. Furthermore, a partnership agreed at COP26 is designed to mobilise USD $8.5 billion to support South Africa end its reliance on coal.

Air pollutionCoalEskomGasGautengGwede MantasheHealthLegal challengeMpumalangaSasol
We use cookies on our website to give you the most relevant experience by remembering your preferences and repeat visits. By clicking “Accept All”, you consent to the use of ALL the cookies. However, you may visit "Cookie Settings" to provide a controlled consent.
Cookie Settings Accept All
Manage consent