Coal price fluctuations and the effect on the cost of electricity

For our current financial year, the National Energy Regulator of South Africa (NERSA) authorised the national power utility, Eskom, to raise its electricity price by 9.61 per cent on average. This was on top of a 15.6 per cent rise the year before.

A sector in crisis

The price of coal in South Africa has historically been linked with exploiting abundant, low-cost resources — including labour. Furthermore, the state supported low-cost electricity generation and energy-intensive mining, which kept prices low.

However, over the past 10-15 years, the domestic price of coal has risen rapidly, particularly for power generation. In 2016, local prices reached 50 per cent of export prices for the first time since 1970. The previous 45 years averaged around 35 per cent, which also occurred during an export price spike.

The current state of South Africa’s coal industry – both coal-fired electricity and mining – is one of crisis, reports the Institute for Sustainable Development and International Relations (IDDRI). A number of factors are at play. These include rising production costs, energy insecurity and low local demand growth. Coal has also lost price competitiveness for electricity generation, given the rapidly falling costs of renewables. Furthermore, Eskom’s load-shedding is adding additional costs to electricity bills due to power demand surges that hike up prices.

South Africa’s dependence on coal, coupled with the sector’s operational crisis, is “already having profound implications for South African electricity consumers”, found the IDDRI. This new crisis-ridden landscape debunks previously held myths about the coal sector “that coal is cheap, that it employs vast numbers of people and that those people are unskilled.” It is no longer a “cheap and bountiful resource” able to provide security of affordable supply to Eskom’s coal power plants, concludes IDDRI. 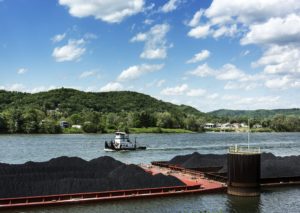 Domestic issues driving up the price of coal and electricity

A variety of local and global drivers are causing coal’s price to rise and increasing the cost of electricity in South Africa, suggests the IDDRI. The key domestic factors centre on the operations of debt-saddled Eskom, which have “contributed to rapidly increasing electricity prices that have put Eskom, and the economy, under increasing pressure”.

For example, the coal operator’s primary energy costs for its existing fleet of coal plants have increased 300 per cent in real terms over the past two decades. It also faces rising future capital and operational expenditure. For example, older plants require higher maintenance and refurbishment costs. Eskom’s fleet also requires retrofitting to comply with environmental laws, such as air quality legislation and the Minimum Emission Standards.

What’s more, there have been significant time and cost overruns for the construction of new large Medupi and Kusile power stations. These overruns have “led to dramatic real price increases in the regulated electricity tariff since 2007, causing a collapse in demand for electricity”. This has caused industrial demand to fall 10 per cent lower than ten years ago, and overall domestic demand has stagnated over the past decade. This is as Eskom proceeds with bringing new coal generating capacity online.

These conditions meant that older coal stations, including Grootvlei, Komati and Hendrina, have essentially become stranded assets for Eskom, due to rising operational costs combined with overestimating the future demand for electricity. The early retirement of these plants is now planned over the next few years. Eskom plans to repurpose some of the plants’ infrastructure for greener power-generation operations, such as renewables, battery storage and hydrogen. Given renewables now provide electricity at a considerably cheaper rate than coal, the experts at IDDRI predict that this will provide the people in South Africa with lower electricity costs in the long run.

Global factors influencing the price of coal and gas

In addition to these domestic pressures on coal and electricity prices, global events are also influencing the price of coal – and in turn electricity – in South Africa. For example, in May 2020, South Africa’s coal export price was USD $57 per tonne. Just two years later, this had soared to USD $280. African Source Markets CEO, Bevan Jones, told Mining Weekly that domestic coal consumers were finding it increasingly difficult to secure coal at a fair price, as coal producers are capitalising on its high value on the export market.

These high international prices result from a combination of supply and demand factors that have disrupted markets over recent years. For example, as global economies opened up following COVID-19 lockdowns, coal demand rebounded, which pushed electricity prices. This was driven mainly by demand in China, which is “by far the world’s largest coal consumer and the price setter for global coal markets”, according to the International Energy Agency (IEA). In addition, disruptions among major exporters, including South Africa, increased global prices further. Moreover, higher prices for natural gas – coal’s main competitor – put additional inflationary pressure on coal. 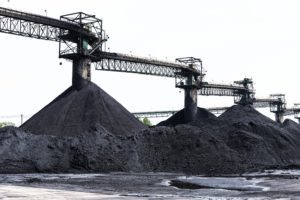 Weather and war add to woes

Then, Russia’s invasion of Ukraine caused European countries to reduce their dependence on Russian coal and gas. This led to more demand for coal imports from other countries, including South Africa. In June 2022, South Africa exported more coal to the EU than ever before. The war has resulted in a global energy crunch, exacerbating the already tight global coal supply, and it has resulted in higher household electricity prices.

There are solutions to South Africa’s current energy crisis to bring down electricity bills, but they do not include new coal-power capacity. Expert analysis has found that the government’s 2019 IRP plan to procure 1,500 MW of new coal-powered electricity generation will in fact result in more expensive electricity.

In addition to the high expense of new coal power electricity infrastructure, it would also detrimentally affect South Africa’s overall GDP impact, found the modelling. Furthermore, it would result in job losses of around 25,000 in 2030 across the economy. These negative impacts are in addition to more expensive electricity for consumers who would ultimately be footing the bill.

Conversely, a renewables-based system would provide South Africa with the highest employment creation opportunities. The study also points out that new renewable capacity is significantly cheaper than new coal generation. For example, at the time of the last REIPPPP auction in 2015, the Lifetime Cost per Energy Unit (LCEU) of new solar and wind power was already around 60 per cent cheaper than new coal. Further benefits of replacing coal with clean energy include improved air quality and fewer impacts from extraction.

“Our modelling shows that under the two scenarios tested, new investments into coal-based power generation are costly and unnecessary for South Africa”, explains Jesse Burton, a researcher at the Energy Systems Research Group (ESRG) at the University of Cape Town.

“Proponents of new coal often argue that it is cheap, that it is important for jobs and that power systems require coal plants to provide reliable power”, continued Burton. “In fact, our investigation shows that coal power is no longer competitive or technically necessary and that a high coal future actually leads to significant job losses in the country compared to a renewables-dominated build plan.” 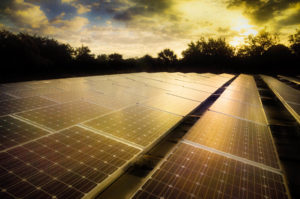 Furthermore, South Africa depends on coal for a wide range of economic activities on top of electricity generation. This means these high coal prices pose significant risks to the nation’s broader economic output and even food security. “In the long run, sustainable growth and development in South Africa will depend crucially on the transition away from a coal-intensive energy system and economy”, concludes the IIED report.

This is also supported in the IEA’s Africa Energy Outlook 2022, which identifies many opportunities for socio-economic development in the global clean energy transition across the African continent. “Solar, other renewables and emerging areas such as critical minerals and green hydrogen offering strong growth potential if managed well”, states the IEA.

A further benefit of moving to renewables would be an end to load-shedding. A new report published by Meridian Economics outlines a strategy for reducing – even eliminating – these rotational power cuts as early as 2024. This requires urgent action to introduce 10 GW of mostly wind and solar generators into South Africa’s energy system by that date. The report also found that 96.5 per cent of last year’s record electricity cuts could have been avoided with just 5 GW more renewable-energy generation available.

Without immediate intervention, load shedding will rise to even more extreme levels, warns the report. The record cuts experienced in 2021 could increase four-fold by 2023 and ten-fold by 2026. As load shedding costs the economy more than R4 billion per day, as well as directly making electricity bills more expensive, it is a further example of how renewables can cut the price of electricity in South Africa. Air pollutionCoalEconomyElectricityEskomFossil fuelsLoad sheddingNERSAREIPPPPRenewable energy
We use cookies on our website to give you the most relevant experience by remembering your preferences and repeat visits. By clicking “Accept All”, you consent to the use of ALL the cookies. However, you may visit "Cookie Settings" to provide a controlled consent.
Cookie Settings Accept All
Manage consent