How investing in an EV can save you money

Electric vehicles (EVs) are rapidly gaining traction worldwide. Yet, the market in South Africa is still in its infancy. The country’s first EV – the Nissan Leaf – entered the market almost a decade ago, but sales in South Africa remain marginal. While EV sales in South Africa more than doubled in 2021, this still equated to just 218 vehicles. But, there are signs of change. Buyer searches were up 134 per cent year-on-year in the first half of 2022, showing interest in EV ownership is rising.

Why the slow start for EV uptake in South Africa?

A key issue for EV uptake in South Africa is the unaffordability factor. Those currently on the market tend to be higher-end, more expensive options. Furthermore, there is limited model choice and availability compared with petrol and diesel internal combustion engine (ICE) vehicles. The situation is worsened by limited local production and higher import duties, meaning costs are almost double for some EVs in South Africa in comparison to other markets. For example, EVs imported into South Africa have a customs duty of 25 per cent, while for ICE vehicles, it is just 18 per cent. On top of this are the ad valorem and value added taxes.

However, various studies show that EVs have lower overall lifetime costs, despite higher upfront costs, which means that investing in an EV can save money in the long term. There is also a second-hand EV market, which will grow over time and bring in more affordable options. Moreover, imminent market changes will continue to create more favourable conditions for EV ownership. This includes the increasing availability of entry and mid-range models, falling manufacturing costs and government incentives. Therefore, EV uptake in South Africa is expected to grow exponentially in the coming years. 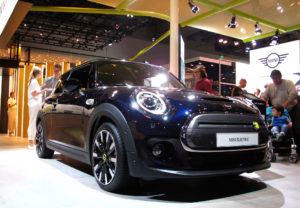 Investing in an EV already saves you money

The key reason why EVs are more cost-effective than ICE vehicles over the long term is that upfront costs are more than offset by significantly lower running and maintenance costs. They also offer many further benefits, including being more efficient, quieter, comfortable, responsive and smoother to run than ICE vehicles.

In 2021, the Nickel Institute published a detailed investigation into the total cost of owning (TCO) an EV in various parts of the world. The TCO includes the entire financial cost of the vehicle — from purchase through to the end of ownership. The study considered many metrics: “acquisition costs, subsidies, taxes, charger costs, gasoline prices, electricity rates, maintenance costs, the residual value of the vehicle upon trade-in and the distance travelled per year”. The Nickel Institute then calculated a TCO value for three, seven and ten years of vehicle ownership.

The investigation found that the TCO was “overwhelmingly” favourable for small and mid-sized EVs throughout the world. However, for luxury vehicles, the results were less clear-cut and depended on the location and terms of ownership. “It is clear that for most potential buyers throughout the world, the economics of ownership favours that of EVs over ICE vehicles”, the study concluded.

Electric vehicles’ ‘indisputable advantage’: They are simply much cheaper to run

While the costs per kilometre of petrol and diesel vehicles are ever-changing, Jaguar provides a formula for consumers to use. “To work out your current car’s cost per kilometre, simply take the average fuel consumption in your trip computer in litres per 100km (l/100km), divide the figure by 100 and multiply the result by the cost of fuel per litre”, said Jaguar.

The table below supplied by Jaguar demonstrates these comparisons using this formula, using energy prices relevant to the time.

A brighter future for EVs

The EV market in South Africa is set to expand dramatically over the coming years. By 2023, buyers will have a choice of around 20 electric vehicles. Importantly, this broader range will include more entry-level or economical mid-market vehicles becoming available, which have the most significant TOC savings, as per the Nickel Institute’s findings.

As well as more affordable models becoming available, the overall price of EVs will decrease. This is mainly due to falling costs of the most expensive component of an EV: the battery. By 2023, the cost of lithium-ion batteries is expected to fall to around USD $100/kWh. This is the tipping point that would make EVs as cheap to manufacture as ICE cars. Following this price parity, the average cost of manufacturing an EV is expected to continue to fall until at least 2025, making them increasingly price advantageous against ICE vehicles.

The market is catching up with consumers’ ideal EV

A survey conducted by AutoTrader generated over 3,000 responses, with 68 per cent of consumers saying that they would want to buy an EV. Additionally, 38 per cent of respondents aged 35 to 54 said they are looking to buy an electric vehicle within the next three years. Furthermore, advancements in the market mean the ideal EV for car buyers in South Africa will soon be a reality, where they will be:

South Africa’s automotive manufacturing is its industrial powerhouse, and its biggest market by far is Europe, which takes 73 per cent of its vehicle exports. However, many European nations have set a deadline of 2035 or earlier to ban sales of new petrol and diesel-powered vehicles. This means the government must rapidly implement policies and incentives to transition its vehicle manufacturing sector towards EV production. Such measures are required to stay competitive and relevant for its decarbonising trading partners, as well as to fulfil the increasing domestic demand for EV vehicles.

In 2019, the National Association of Automobile Manufacturers (NAAMSA) presented a position paper to the government that outlined conditions to create a favourable environment for EVs in South Africa. Such conditions would continue to swing favour away from ICE vehicles and towards EV ownership. While implementation to date has been slow, some of these policies are already in motion, and expectations are that progress will continue by: 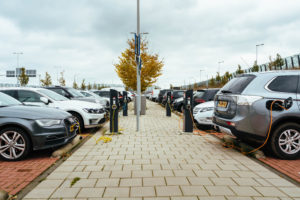 Following NAAMSA’s consultation, the Department of Trade, Industry and Competition (DTIC) published its Draft Green Paper for its new energy vehicle strategy in South Africa. The paper outlines plans to kickstart EV production in South Africa. “As the world shifts more and more to EVs, we are left with stranded assets in the form of large assembly plant capacity that has not been adjusted to EVs”, said Minister Ebrahim Patel. The draft paper also outlines consumer incentives to influence EV uptake, such as restructuring the ad valorem tax to lower the purchase price of EVs, as well as investing in smart and efficient charging infrastructure.

Such government policies regarding EV incentives must also be inclusive, argues Gaylor Montmasson-Clair. “Achieving a socially-progressive development of e-mobility requires pro-active government interventions”, wrote the Senior Economist for Trade & Industrial Policy Strategies at the University of Johannesburg. “This is particularly true in South Africa, a country with high inequality and unequal access to transport.” Some ways to address this include low-interest, government-backed loans for entry-level electric vehicles and differentiated electricity tariffs to encourage off-peak charging.

South Africa’s unstable electricity supply can cause problems with EV charging. However, those in SA who are able to install rooftop solar panels with home battery storage can mitigate the risk of blackouts. “The untapped solar energy potential in Africa represents an opportunity to provide affordable, reliable, and sustainable energy to its people”, wrote Martin Armstrong for the World Economic Forum. Furthermore, a 2021 study found that just an additional 10 gigawatts of renewable capacity nationwide could see an end to Eskom’s load shedding, overcoming another barrier to EV ownership in South Africa.

Environmental and health benefits of switching to EV

As well as the overall cost advantage, EVs are critical to lowering greenhouse gas emissions and tackling climate change. As renewable energy generation increases, switching to EVs can significantly contribute to decarbonising the transportation sector. For example, in Europe, the life-cycle emissions of an EV are around 65 to 85 per cent lower than that of an ICE vehicle.

EVs also improve the quality of life in urban areas. Air pollution from ICE vehicles causes a number of serious health issues in our towns and cities, including asthma, lung damage and heart conditions. Conversely, EVs have no tailpipe emissions and can therefore contribute significantly to improving public health. EVs are also much quieter than ICE vehicles, which reduces noise pollution and can also improve public health and wellbeing.

Clean, affordable transportation for everyone

EVs are more cost-effective and better for the climate and health than privately owned ICE vehicles. However, they are only one part of the shift to a future of sustainable, efficient and inclusive transportation. The majority of the population of South Africa relies on public transport, with almost 75 per cent of commuters using public transport in 2019. Of those commuting in this way, 66 per cent used minibus taxis and 12 per cent used buses.

For this reason, the ‘electric revolution’ in mobility must also prioritise the provision of clean, affordable and reliable public transport networks. Investing in affordable and accessible public buses, trains and cycle routes are the most effective and inclusive ways to build an affordable and sustainable future of mobility for its citizens. This has the additional benefits of minimising road congestion, as well as reducing the need to rely on private car ownership in the first place. Electric vehicles: The cost of their upkeep

Electric vehicles are becoming increasingly popular. Here are the upfront and ongoing costs to expect if you make the shift.

Air pollutionElectric vehiclesElectricityGreen economyHealthPetrolRenewable energySolar
We use cookies on our website to give you the most relevant experience by remembering your preferences and repeat visits. By clicking “Accept All”, you consent to the use of ALL the cookies. However, you may visit "Cookie Settings" to provide a controlled consent.
Cookie Settings Accept All
Manage consent