Methane gas is dangerous: Here’s how we can reduce emissions

Methane is a powerful greenhouse gas made of carbon and hydrogen. It comes about in one of two ways:

Since 2006, the amount of gas in the atmosphere has increased, according to NASA. The oil and gas industry has caused the majority of methane gas emissions since 2006, NASA says. About 32 per cent of human-caused methane emissions come from agriculture, according to the United Nations Environment Programme (UNEP). This includes livestock farming as well as rice paddy cultivation. In South Africa, gas accounts for just under three per cent of the country’s total energy mix. According to the country’s most recent greenhouse gas inventory report, gas emissions are increasing, mostly due to the waste sector. South Africa plans to increase the amount of gas used to generate electricity. The country plans to increase the amount of gas-to-power in its energy mix to 12 per cent by 2030. 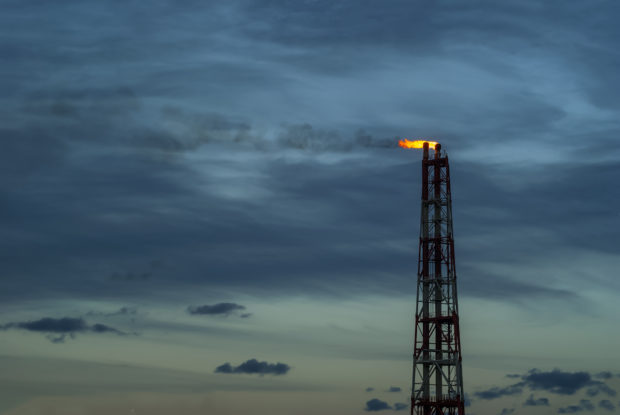 Methane is responsible for about 30 per cent of global warming since pre-industrial times, the UNEP says. Since the 1980s, the amount of methane in the atmosphere has been growing at record speed. Methane emissions increased during the COVID-19 lockdowns in 2020, even as carbon dioxide emissions decreased. This was due to limited economic activity as economic recessions gripped countries across the globe. But, methane emissions reached their highest annual increase since measurements began in 1983.

Determining the exact source of these emissions is difficult. Scientists believe it is due to biological sources, like wetlands or livestock, according to the US National Oceanic and Atmospheric Administration.

Aside from its effects on global warming, methane has health and environmental impacts under certain conditions. Methane gas can contaminate groundwater and become flammable in confined spaces. It is also an asphyxiant in confined spaces. Methane is also a key cause of tropospheric ozone. This is a climate pollutant that exists from the Earth’s ground level to about 15 kilometres in the air. Stratospheric ozone is above it.

Tropospheric ozone is formed when sunlight interacts with greenhouse gases, including methane. While it only lives for a few hours or a few weeks, it can have severe health impacts and contributes to urban smog. It accounts for an estimated one million premature deaths per year due to respiratory diseases. It causes an estimated USD $11-18 billion in crop losses every year. Methane reduction is one of the fastest ways to reduce tropospheric ozone because methane only lives in the atmosphere for a short time. This means that if methane emissions are reduced, there could be health benefits in just a few decades.

Methane is often considered the second most problematic greenhouse gas, second to carbon dioxide. But, it is possible that methane actually contributes 25 per cent more to global warming than previously thought. Natural gas emissions are a source of methane, which contribute to global warming. As such, it is not a clean technology and will not help the world to keep global warming below 1.5°C. Gas produces fewer carbon emissions than coal when burned, but the methane emitted traps more heat in the Earth’s atmosphere than carbon dioxide. Methane leaks – or fugitive emissions – increase the overall climate impact of gas. Methane traps up to 86 times more heat over 20 years and can increase temperatures quickly in the short term. When fugitive methane emissions reach more than 3.2 per cent, gas plants have higher lifecycle greenhouse gas emissions than coal.

Carbon dioxide stays in the atmosphere for hundreds of years. But methane can break down in about a decade. Therefore, reducing methane emissions would help to reduce global warming in the short term. How to reduce methane emissions

Reducing human-caused methane emissions is one of the cheapest and fastest ways to ensure the world limits global warming to 1.5°C, according to the UNEP’s 2021 Global Methane Assessment.

It is possible to reduce human-caused methane emissions by 45 per cent within this decade (2021 – 2031), according to the UNEP. This would help to cut global warming by 0.3°C by 2045. As most methane emissions are caused by the oil and gas industry, cutting down on fossil fuels would reduce methane emissions. But there are other ways to reduce methane emissions in the atmosphere. To begin with, the world needs to rethink its “approaches to agricultural cultivation and livestock production”, the UNEP says. This includes moving towards plant-based diets and alternative sources of protein. New technological advances can be leveraged too. For example, farmers can feed their animals more nutritious food to ensure that they grow bigger and healthier. This means that more animal products can be produced from fewer animals. Alternative types of feed are also being produced in experiments in the hope that the amount of methane produced by cows can be reduced.

Other types of farming methods could also help to reduce emissions from rice paddies. Different wetting and drying techniques could halve emissions from these paddies, the UNEP says. This would also use less water.

But, “broader” decarbonisation strategies will not be enough to keep global warming below 1.5°C, the UNEP says. “Focused strategies specifically targeting methane need to be implemented to achieve sufficient methane mitigation”, the Global Methane Assessment report states. On this issue, the UNEP is unequivocal, “The expansion of natural gas infrastructure and usage is incompatible with keeping warming to 1.5°C.

Without proper mitigation strategies in place, current methane emissions will continue to rise until at least 2040. Current levels of methane in the atmosphere put global warming at above 2°C.

It is now “unequivocal” that humans cause global warming, according to the Intergovernmental Panel on Climate Change (IPCC). This has increased extreme weather events, like droughts, heatwaves and tropical cyclones. Unless there are “deep reductions in carbon dioxide and other greenhouse gas emissions”, global warming will exceed 1.5°C – and even 2°C – in the 21st century.

The consequences of this will be dire, the IPCC says. As global warming changes the climate system, more frequent and intense marine heatwaves will occur, as well as reductions in Arctic sea ice and permafrost. The severity of “wet events”, like monsoons, will also intensify as the global water cycle becomes more intense and varied, the IPCC warns.

Some of these changes will be “irreversible for centuries to millennia”. This is especially the case for changes to global sea level, ice sheets and changes in the ocean, according to the IPCC.

South Africa’s greenhouse gas emissions are the worst per capita among G20 countries. The state-owned electricity producer, Eskom, is the worst emitter of sulphur dioxide in the world, according to research from the Centre for Research on Energy and Clean Air. This means that Eskom emits more sulphur dioxide than the entire power sectors of the US and China combined. Air pollution kills at least 2,200 people in South Africa annually, and most of these deaths are due to sulphur dioxide emissions.

Until recently, South Africa’s nationally determined plan was ‘Insufficient‘ to keep warming under 2°C above pre-industrial levels, according to the international climate change monitoring organisation Climate Tracker. It was upgraded from a rating of “Highly insufficient” due to improvements made in its emissions targets.

On September 23, 2021, South Africa updated its emissions targets, called the Nationally Determined Contributions. The Presidential Climate Commission determines them. South Africa updated theirs ahead of the United Nations Climate Change Conference (COP26), held on October 31, 2021. Previously, South Africa planned to keep emissions between 398 million tonnes of carbon dioxide equivalent (MtCO2e) to 440 MtCO2e by 2030. Now, the target is between 350 MtCO2e to 420 MtCO2e. In 2019, South Africa emitted an estimated 480 MTCO2e.

To limit warming below 1.5°C, South Africa must reduce its emissions to net zero by 2050. To achieve this, there should be no new oil and gas fields or coal mines, according to the International Energy Agency’s Net Zero report. How South Africa can reduce its methane emissions

While South Africa plans to reduce its greenhouse gas emissions, its aims related explicitly to methane emissions are less clear. Eskom aims to reach net-zero emissions by shutting down coal-fired plants and replacing them with renewables by 2050.

But, the country views natural gas as a transition fuel. South Africa intends to build 4 GW of gas-fired capacity by 2030 and two liquefied natural gas (LNG) import terminals by 2025. The government also wants to open up a regional gas market by developing its domestic fields in the Karoo shale play and offshore gas in the Southern Cape. It plans to do this by importing LNG from Mozambique and other international sources. Minister of Minerals and Energy, Gwede Mantashe, said the country was pursuing “gas to power technologies”. “Indigenous gas like coal-bed methane and ultimately local recoverable shale and coastal gas are options we are considering”, he said.

But, reducing carbon dioxide emissions alone will not be enough to limit the damage caused by global warming, according to the IPCC. We must also reduce methane emissions. “Strong, rapid and sustained reductions in (methane) emissions would also limit the warming effect resulting from declining aerosol pollution and would improve air quality”, the IPCC says. Air pollutionClimate changeCoalCOP26Greenhouse gasesKarooMethaneNatural gasNet zero
We use cookies on our website to give you the most relevant experience by remembering your preferences and repeat visits. By clicking “Accept All”, you consent to the use of ALL the cookies. However, you may visit "Cookie Settings" to provide a controlled consent.
Cookie Settings Accept All
Manage consent