Rural development is vital for South Africa’s sustainable economic future. The farming sector is perhaps the most important in our country, as food security and poverty reduction depend on it. But, inequalities and high unemployment mean that many people in rural areas lack secure income and livelihoods.

At the same time, one-third of human-caused greenhouse gas emissions come from food, agriculture and land use. This means the rural economy must mitigate and adapt to climate change and environmental degradation. This is while securing more sustainable livelihoods for rural communities. Rural development is the process of improving the quality of life and economic, social and environmental wellbeing of people living in rural areas. A just transition is needed to guide this progression while also securing more inclusive and equitable rural communities. The consequences of climate change, degraded soils and biodiversity loss are among a growing list of complex challenges that our food producers and rural communities face. Moreover, South Africa’s rural areas have additional challenges, including significant land rights and resource inequities, as well as the legacy of widespread mining pollution. Globally, poverty is overwhelmingly rural. Agriculture workers and their dependents make up two-thirds of people facing extreme poverty. But, research has found that development measures in food and agriculture are up to four times more effective at reducing poverty than growth in other sectors. This means investment in rural communities should be a priority, both for poverty reduction as well food security.

Due to the opportunities and challenges that rural communities face over the coming years and decades, the Just Rural Transition Initiative (JRT) was launched at the UN Climate Action Summit in 2019. The purpose is to address the growing social inequality between urban and rural populations, ensuring farmers and rural communities make a secure income from producing affordable, nutritious food and other materials in a way that protects our natural world. Central to a just rural transition are equitable land and resource rights for indigenous and local communities. 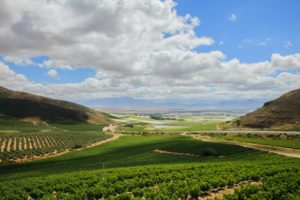 Land reform is key for a just rural transition

Centuries of colonialism and apartheid dispossessed Africans of their land. As a result, wealth and entrepreneurial skills were drained from rural areas, undermining rural and agricultural development. The loss of essential livelihood resources, impoverishment and mass unemployment for a large proportion of black South African citizens continues to perpetuate poverty and inequality today.

Land restitution is foundational for a just and equitable outcome for South Africa’s sustainable development. It is also mandated in the Constitution. But, despite efforts over previous decades, South Africa has not yet restored land rights to South African people. A proposed “Land Reform and Agricultural Development Agency”, announced by President Ramaphosa in his state of the nation address last year, is designed to remove the current political and bureaucratic barriers blocking redistributive land reform. The legacy of apartheid and environmental degradation have left certain groups particularly vulnerable in South Africa’s rural areas. This is concerning, as deadly weather events are becoming more likely due to climate change. “Disasters like the devastating flooding in KwaZulu-Natal remind us that it is poorer communities, women and young people, the unemployed and those living in informal settlements, who are most vulnerable to climate change”, said Transport Minister Fikile Mbalula in May. 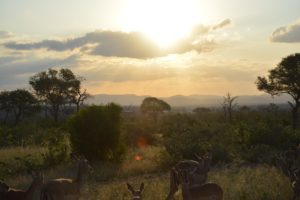 Restoring land and nature would bring many benefits to rural communities

As well as land reform and restitution, a sustainable, diverse and climate-resilient agricultural sector is also foundational to rural development and strong communities. For example, opportunities in agroecology offer secure livelihoods, food sovereignty and access to nutritious, affordable food for small-scale producers. Infrastructures such as sustainable transport and housing, as well as access to education and healthcare, are also paramount for good quality of life for people in rural areas. Furthermore, planning for climate disasters that protect people, livelihoods and assets from events, such as drought and floods, is also crucial for sustainable and secure rural communities.

Empowering women – socially and economically – is also fundamental. For example, in the agricultural sector, women make up 60-80 per cent of smallholder farmers but only 15-20 per cent of landholders. Projects such as ‘The Women Farmers Programme’ are working to address this. Making agriculture more accessible and profitable for women would bring significant benefits to women and their families and to South Africa’s development more broadly. “If women had access to the same resources as men, they would increase their output by 30%”, said Anne Githuku-Shongwe from UN Women South Africa. Restoring degraded land would also enhance agricultural productivity and livelihood opportunities. In particular, mine rehabilitation would help areas transition from mining to agricultural economies. The NGO Business for Development works on such projects, ensuring mining companies return land to the community. The economic opportunities are substantial, it says. As well as the agricultural benefits, restoring nature and ecosystems can strengthen and revitalise South Africa’s tourism industry. Job creation, livelihood opportunities, improved food security, greater diversity and healthier ecosystems are all further benefits of land restoration for sustainable rural development. This phase-down of coal will bring significant changes to South Africa. This makes the need for a just transition away from coal fundamental to ensure no one is left behind.

BiodiversityCropsEcosystemsEnvironmentFarmingGreen economyJobsKwaZulu-NatalPollutionRural development
We use cookies on our website to give you the most relevant experience by remembering your preferences and repeat visits. By clicking “Accept All”, you consent to the use of ALL the cookies. However, you may visit "Cookie Settings" to provide a controlled consent.
Cookie Settings Accept All
Manage consent