Livestock farming is a pillar of the global food system. It contributes to poverty reduction, food security and development opportunities in rural areas. Around 500 million pastoralists rely on livestock for food and income globally. Livestock are also a store of wealth and a safety net in times of need. Moreover, in harsh environments, such as mountains and drylands, livestock can be the sole means of sustainably converting natural resources into food and materials. This makes livestock important assets for vulnerable communities and can even help the economic empowerment of women who are more likely to suffer from economic marginalisation.

In South Africa, livestock farming is the largest agricultural sector. It accounts for over 40 per cent of agricultural output’s total value. For many South Africans, animal farming is the primary income generator and an important form of social capital. Although the sector contributes a relatively small share to the country’s GDP, it plays a key role in job creation and earning foreign exchange through exports.

In 2015, entrepreneur Ntuthuko Shezi from a rural area in KwaZulu-Natal founded Livestock Wealth. This innovative ‘crowdfarming’ platform enables people with no access to land, time or opportunity to own livestock within a professional farming operation. It works by allowing investors to buy a young asset from a farmer (livestock or plant-based), providing valuable working capital to the farmer. The asset grows in the farmer’s care, and the farmer buys it back once fully developed. The success of Livestock Wealth has resulted in plans to expand it beyond South Africa.

The environmental costs of livestock farming

Smallholder and subsistence farming support millions around the world with secure and decent livelihoods. However, today, farms smaller than one hectare account for 72 per cent of all farms but cover just eight per cent of all agricultural land.

Beginning in the nineteenth century, “industrial” farming, also known as “intensive” or “factory” farming, changed the face of agriculture. Over the past few decades, in particular, animal agriculture has undergone a vast expansion. Globally, between 1961 and 2018, meat production has grown from 70 million tonnes to 342 million tonnes. This is almost a five-fold increase in less than 60 years. Dairy milk production has also doubled in the last 50 years, reaching 800 million tonnes globally today.

Industrialised livestock farming is one of the greatest threats to planetary and human health. Globally, it has a vast environmental footprint, contributing to climate change, land, water and air pollution, biodiversity loss, deforestation and human diseases. According to some estimates, industrialised farming costs our health and the environment the equivalent of USD $3 trillion every year.

Moreover, big agriculture has powerful lobby groups that successfully water down climate and environmental standards, inhibiting global sustainability efforts. The lobby is particularly strong in the USA and Europe. 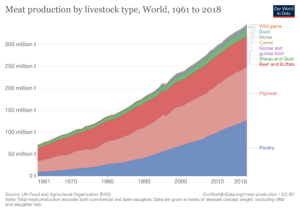 How livestock farming damages our planet

On a commodity basis, beef and dairy milk have the biggest climate impact. Respectively, they contribute 41 per cent and 20 per cent of the agricultural sector’s overall GHG outputs. Over the last 60 years, GHG emissions from agriculture have risen dramatically. A leading factor is the growing livestock sector, according to the Intergovernmental Panel on Climate Change (IPCC).

The GHG intensity of livestock farming means that 20 livestock companies are responsible for more emissions than entire countries, including Germany, Britain and France. Moreover, these companies receive hundreds of billions of dollars in financial backing for these climate-damaging activities.

Furthermore, a study published in Nature found that the climate impact of animal agriculture is far greater than the standard accounting method used by the IPCC. The paper calculates the full ‘carbon opportunity’ of livestock farming versus natural ecosystems. Their calculations found that one kilogram (kg) of beef has the same colossal carbon opportunity cost as 1,250 kg of carbon emissions. This is the emissions equivalent to one passenger flying from London to New York and back. 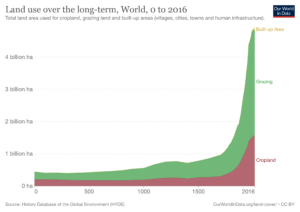 Raising livestock for food is highly inefficient, and this is particularly the case for red meat. It requires 25 kgs of grain to produce one kilogram of beef and roughly 15,000 litres of water. It also requires vast areas of land. In total, 30 per cent of the Earth’s entire land surface and 83 per cent of agricultural land is used for livestock, although it only produces 18 per cent of the world’s calories.

In a world where food, water and land are scarce, this represents a distinctly inefficient use of finite and precious resources. For example, livestock farming uses 80 per cent of the world’s soybeans – an important protein for humans – and about 30 per cent of the Earth’s fresh water. What’s more, the demand for livestock feed squeezes global food supplies and drives up prices. Higher food prices hit the world’s poorest the hardest. If all grain were fed to humans instead of animals, it would provide food for 3.5 billion people.

Forests play a critical role in life on our planet. They provide oxygen, keep our climate stable and are home to 80 per cent of biodiversity on land. But, around five million hectares of forest are cut down every year, with 95 per cent of this deforestation happening in the tropics. Livestock grazing alone is directly responsible for almost 40 per cent of this deforestation while more than 50 per cent is for agricultural cropland, which includes feed crops for livestock.

There is also a direct human impact from deforestation. Approximately 25 per cent of the world’s population relies on forests for their livelihoods. What is more, deforestation caused by agribusiness expansion is linked to widespread cases of human rights abuses. This is predominantly illegal land grabbing and violence against Indigenous Peoples and other local communities that are custodians of the forests. 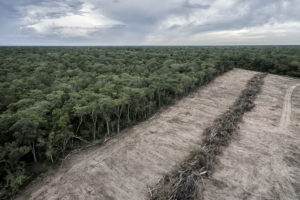 According to a WWF report, meat-based diets have driven 60 per cent of global biodiversity loss. “The world is consuming more animal protein than it needs and this is having a devastating effect on wildlife”, said Duncan Williamson, WWF Food Policy Manager. A significant driver of this is the vast amounts of crop-based feed required to feed the livestock, the report found.

The scale of the expanse of livestock farming at the expense of wildlife is most evident when looking at mammal biomass on Earth today. Namely, 94 per cent of mammal biomass (excluding humans) is now livestock, with wildlife populations diminished to just six per cent. This means industrial-scale livestock farming, alongside hunting and habitat loss, has caused livestock biomass to outweigh wild mammals by a factor of 15 to 1.

Livestock farming is a leading driver of air, water and land pollution. Millions of tonnes of manure are disposed of untreated on land, according to the Natural Resources Defense Council. Before spreading it, this waste often sits on-site in “vast manure lagoons”, some as big as several football fields, containing a “toxic stew of antibiotics residue, chemicals, and bacteria decomposing the waste”. They are often unlined and prone to overflows, leaks and spills, contaminating soils and groundwater. In one instance, a spill of 25 million gallons of manure in North Carolina in 1995 killed 10 million fish and shut down shellfishing across 364,000 acres of coastal wetland.

Animal waste ‘run off’ into waterways is also the leading cause of marine ‘dead zones’. The nutrient pollution from waste causes a destructive algae overgrowth, which leaves the water oxygen depleted and unable to support life. The largest is in the Gulf of Mexico. Last year, it measured 6,334 square miles (16,405 square kilometres), equivalent to more than four million acres of dead zone aquatic habitat. 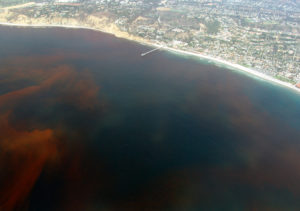 Antibiotic resistance is rising to dangerously high levels all over the world. This is making many infectious diseases more difficult – and sometimes impossible – to treat. In 2019, an estimated 1.2 million people died as a result of antibiotic-resistant infections. This makes it one of the biggest threats to global health, says the World Health Organisation (WHO).

There is also a major and growing risk of infectious diseases jumping from livestock to humans, known as zoonotic diseases. Some of the major outbreaks linked to industrial farming include bovine tuberculosis, H5N1 bird flu, H7N7 bird flu, swine flu and severe acute respiratory syndrome (SARS). “Pandemics almost always begin with the transmission of an animal microbe to a human”, writes biologist Nathan Wolfe.

A global study linking emerging new diseases, livestock expansion and biodiversity loss also found that the number of epidemics affecting people increased in tandem with the loss of local biodiversity over the period 1960 to 2019. Their analysis discovered that 254 infectious diseases caused 16,994 epidemics from livestock over those six decades. “The emergence of epidemics is a worrying sign for the future of species conservation as it could well signal biodiversity’s march towards extinction”, wrote the study’s authors.

The role of livestock farming in a sustainable world

According to the Food and Agriculture Organisation of the UN (FAO), “sustainable diets are protective and respectful of biodiversity and ecosystems, culturally acceptable, accessible, economically fair and affordable; nutritionally adequate, safe and healthy; while optimizing natural and human resources.” But, the current footprint of livestock agriculture on our climate and environment is incompatible with this sustainable food system. What is more, for the world to mitigate climate change and meet the Paris Agreement, every sector must decarbonise by 2050. This includes livestock farming, which is itself threatened by the consequences of a heating climate.

While livestock farming has been identified as a relatively difficult sector to decarbonise, experts have outlined a number of powerful solutions. These include better management of grazing land and animal waste, highlights the IPCC. On top of this, measures focused on reducing livestock’s huge methane footprint are highly effective for reducing warming in the near term. This is because methane is a potent but short-lived GHG, responsible for as much as 30 per cent of anthropogenic global warming to date.

The use of the ‘polluter pays’ principle would also hold industrial farming responsible for its environmental damage. Such measures to curb polluting practices are another step to help bring our food system back into balance with the natural world. 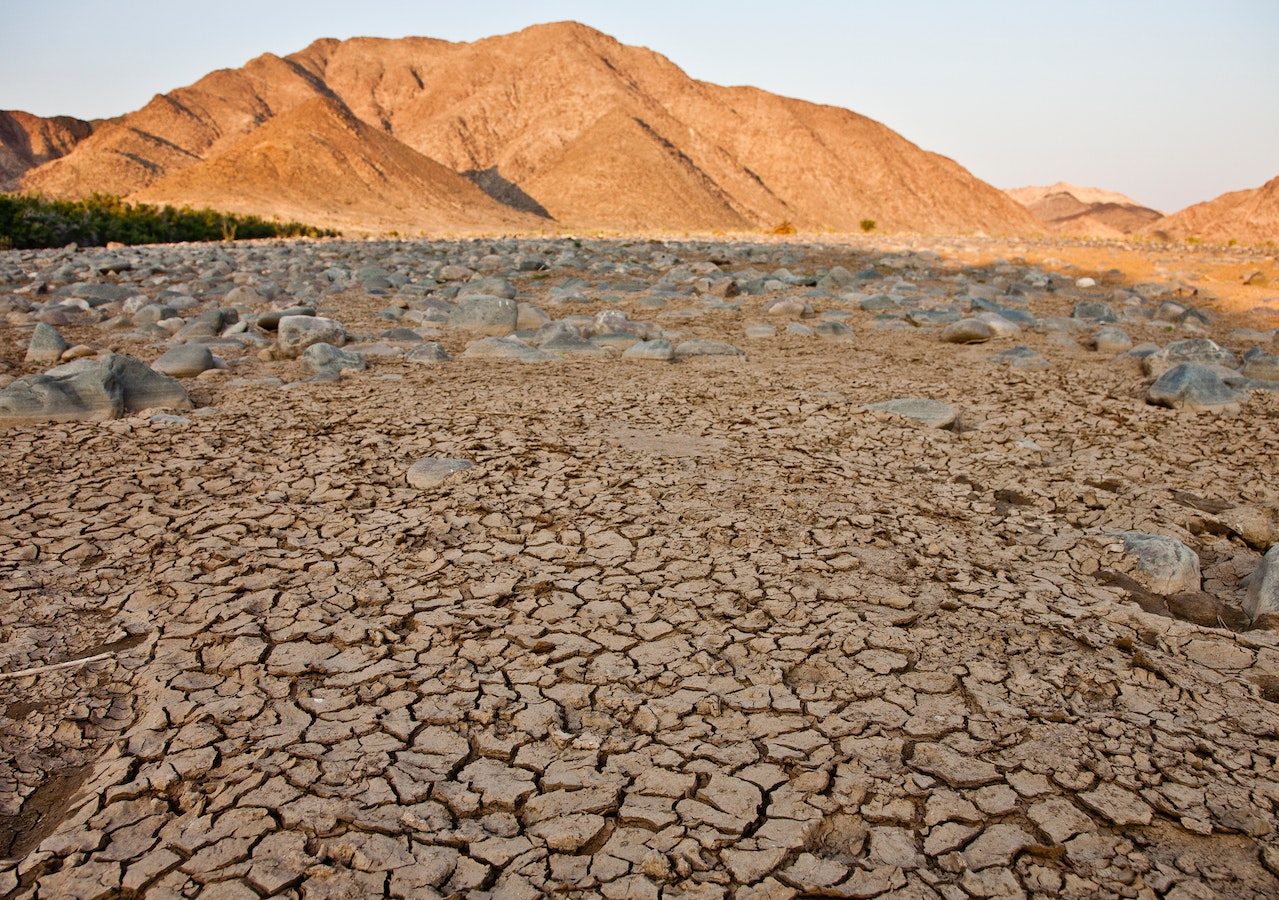 The cascading effects of climate change impact our ability to produce food, leading to food insecurity and increased food prices.

BiodiversityDeforestationFAOFarmingFood securityHealthKwaZulu-NatalMethaneNitrous oxidePollution
We use cookies on our website to give you the most relevant experience by remembering your preferences and repeat visits. By clicking “Accept All”, you consent to the use of ALL the cookies. However, you may visit "Cookie Settings" to provide a controlled consent.
Cookie Settings Accept All
Manage consent