The Kyoto Protocol made history in 1997 as the first major international effort to slow climate change. It implements measures from the United Nations Framework Convention on Climate Change (UNFCCC), which itself was the first global agreement on climate change.

This makes the Kyoto Protocol an important part of humanity’s fight against climate change. The Paris Agreement, adopted in 2015, continued this fight. It is the first climate treaty to provide every signatory with a binding target to reduce emissions. It has been signed by almost every country in the world.

The United Nations Framework Convention was a reaction to the Intergovernmental Panel on Climate Change’s (IPCC) first assessment report. The IPCC is a United Nations body that exists to assess the science of climate change and draw impartial conclusions. In 1990, its first report made two points clear:

The report placed pressure on political actors to act on climate change. The second world climate conference, held in the same year, issued a statement confirming the conclusions of the IPCC report. Negotiations on what would become the UNFCCC began, and by 1992 it was adopted and ready to sign. 197 countries – almost every country in the world – signed the UNFCCC. This meant acknowledging the reality that humans contribute to climate change and committing to stabilising the atmosphere by reducing greenhouse gas emissions.

The Kyoto Protocol built on the UNFCCC by setting binding targets for industrialised countries to reduce their greenhouse gas emissions. This was the first time any such targets had been set. While the Kyoto Protocol was agreed upon in 1997, it did not come into force until 2005.

Principles of the Kyoto Protocol The Kyoto Protocol acknowledges that every country has a part to play in fighting climate change but affirms that the expected contribution cannot and should not be equal. That is, developed countries have contributed more to the problem with their higher levels of greenhouse gas emissions, and they have more resources to help solve it. As the Protocol itself puts it, countries have “common but differentiated responsibility and respective capabilities”.

“Cap and trade” of greenhouse gases

Crucially, the Kyoto Protocol introduced the concept of emissions trading. For the first time, each tonne of carbon emitted had a price. The system is described as “cap and trade” because there is a ceiling to the total quantity of emissions permitted. Below that ceiling, there can be national and international trade in permits to pollute. The idea behind this is that putting a cost on carbon creates an economic incentive to reduce emissions.

The European Union (EU) brought in the first international emissions trading system, the EU ETS, and there are various other schemes around the world. This includes the UK, which was part of the EU scheme before Brexit but now has its own scheme. The creation of a free market in emissions makes the fight against climate change inextricably linked to global trade.

The challenge of green growth

Since the Industrial Revolution, there has been a close link between economic development and burning fossil fuels: coal, oil and gas. The challenge for both developed and developing countries is how to build a healthy economy for the future while still lowering greenhouse gas emissions. Another significant challenge is how to share the burden of cutting emissions equitably.

The Clean Development Mechanism is one way in which the Kyoto Protocol aims to solve this problem. Projects to reduce emissions in developing countries gain certified emission reduction (CER) credits. These can be sold to industrialised countries as part of the emissions trading scheme.

The Kyoto Protocol committed parties to an initial period of four years: 2008-2012. 36 countries fully participated in this. Nine of them emitted more greenhouse gases than they had agreed to, so they used the emissions trading system to buy carbon credits to cover this. The others all met their targets by reducing greenhouse gas emissions.

However, many high-emitting countries were never part of the agreement. The emissions covered by the first Kyoto commitment period only represented about 18 per cent of global emissions. By 2011, it had become obvious that the world needed a new climate agreement. At the United Nations Climate Change Conference in Durban, countries agreed to adopt a new universal, legal agreement on climate change. This became the Paris Agreement, adopted in 2015. The Paris Agreement aims to limit global warming to 2°C above pre-industrial levels and ideally to 1.5°C. This means reducing emissions as soon as possible so we can reach net zero by the middle of the century.

196 countries signed the Paris Agreement. It is the first agreement on climate change to give every signatory a binding target. Specifically, the Paris Agreement gave each country five years to work out its plans for reducing greenhouse gas emissions. Each plan is known as a Nationally Determined Contribution (NDC). Many countries missed the 2020 deadline to submit their NDC, but as of July 2022, they had all submitted one. However, they are not ambitious enough. Research published before the COP26 climate conference in 2021 found that if all the NDC targets are achieved, warming could be limited to 2.1°C, but, it seems more likely to hit 2.7°C.

The difference between 1.5°C and 2°C of warming is huge. That extra half a degree represents a big increase in the likelihood of outcomes that threaten human life: food shortages, drought, flooding, extreme weather events, such as hurricanes, and increased communicability of disease. Therefore, it is crucial to get back on track for 1.5°C.

South Africa and the Kyoto Protocol 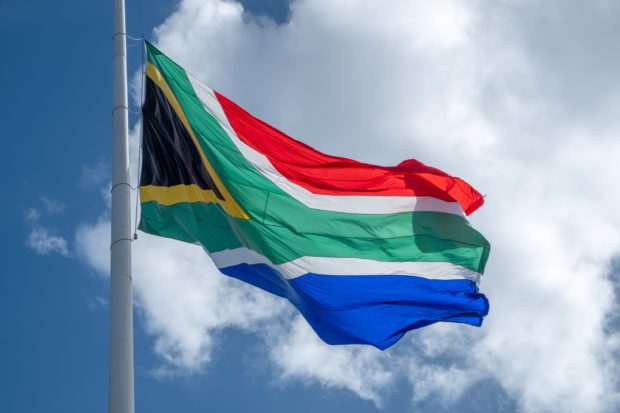 South Africa signed up to the Kyoto Protocol in 2002. It was in the top 15 of the most energy-intensive economies in the world, but it was not listed in Annex 1 of the Protocol. This means that it did not have a binding target to reduce greenhouse gas emissions. However, it still had to create an inventory of both emissions sources and emissions sinks.

The Kyoto Protocol also requires South Africa’s government to implement programmes that will mitigate climate change. These could be national or regional. Despite setting the country no targets, the Kyoto Protocol still obliges South Africa to work on reducing emissions and conserving natural carbon sinks. The country also has an obligation to prepare for adapting to climate change. For example, this might mean preparing for the increased likelihood of flooding.

South Africa and the Paris Agreement

In 2015, South Africa signed the Paris Agreement. Like every country, it had a binding target for emissions reductions. In September 2021, South Africa updated its targets to be more ambitious. It now plans to reduce its greenhouse gas emissions to 398-510MtCO2e (million tonnes of carbon dioxide equivalent) by 2025. Then it plans to reduce them again to 350-420MtCO2e by 2030. In 2020, emissions were 452MtCO2e, but this was partly because the pandemic reduced economic activity.

There is concern that South Africa’s targets are still not ambitious enough to be in line with keeping warming to 1.5°C.

The positive effects of climate action

Inaction, or insufficient action, on the climate has a serious effect on the economy. A May 2022 study from Deloitte found that unmitigated climate change could cost the world USD $178 trillion in the next 50 years. We could experience these costs in many forms, including higher food prices, strain on national healthcare systems and the cost of dealing with climate-related weather events.

The problem is that many of these costs are not borne by the people causing them. It is the poorer countries that tend to suffer most from the effects of climate change, despite contributing less to global emissions. The point of carbon trading, as introduced by the Kyoto Protocol, is to shift the burden of paying those costs back to high emitters. But, the point of the Kyoto Protocol and the Paris Agreement is to reduce emissions overall. Keeping global warming to a minimum is the ultimate goal.

If we actually act on these targets, the effect on the global economy will be extremely positive. The Deloitte study estimates that a prompt transition to net zero would be worth an extra $43 trillion. International treaties binding countries to play their part in this transition are vitally important. If we achieve the aims of the Kyoto Protocol and the Paris Agreement, the world’s economy will be in a much healthier state. Climate changeGreen economyGreenhouse gasesIPCCKyoto ProtocolNDCsNet zeroParis Agreement
We use cookies on our website to give you the most relevant experience by remembering your preferences and repeat visits. By clicking “Accept All”, you consent to the use of ALL the cookies. However, you may visit "Cookie Settings" to provide a controlled consent.
Cookie Settings Accept All
Manage consent