Energy is essential for the functioning of any modern economy. South Africa’s Central Energy Fund (CEF) does the vital job of maintaining that energy supply. By doing this, it supports the government in achieving its objectives. The CEF works in partnership with the Department of Mineral Resources and Energy (DMRE).

Many of the government’s aims, as set out in the National Development Plan, may seem unrelated to energy. But, the reality is that societal transformation cannot happen without a secure energy supply. Therefore, the work of the CEF is crucial to the achievement of goals related to ending poverty and reducing inequality, for example. This is why the CEF perceives itself as “a vehicle for economic growth, poverty alleviation and economic transformation”.

The CEF is a state-owned enterprise (SOE), which means that it is a private company but reports to the DMRE. While it was set up in the 1950s, the CEF Act 1977 (also known as the State Oil Fund Act) is what gave the CEF its mandate. It is free to use its funding to acquire and exploit energy sources, invest in research into energy technology and do anything else in pursuit of its mandate to secure South Africa’s energy supply.

The hidden cost of coal 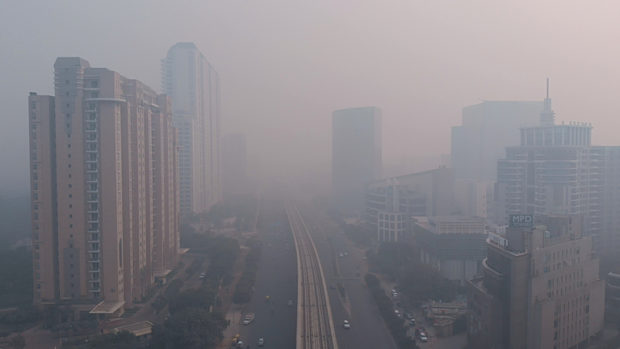 The vast majority of South Africa’s electricity comes from coal, leading to problems with our network of ageing power stations. It also comes with a huge health cost.

The Centre for Environmental Rights estimates that pollution from coal power is killing thousands of South Africans every year. The estimated public cost of the health problems caused by burning coal is USD $2.3 billion per year, or over ZAR 35 billion. However, even this could be an underestimate.

Coal-related health problems are also a social justice issue because they disproportionately affect people in poorer areas. Every megawatt produced by a coal-fired power station is undermining the government’s work on tackling inequality.

The transition away from coal presents a huge opportunity for the CEF to set South Africa’s economy on the right track. Unemployment in the fourth quarter of 2021 was the highest since the quarterly labour force survey began, thanks to job losses in manufacturing and construction. Building new energy infrastructure could be a powerful boost to the economy, creating new jobs and skills. At this point, it is vital that the Central Energy Fund invests in the right type of energy. Otherwise, there is a risk that it could lock the country into a different form of fossil-fuel dependence.

A turning point for the Central Energy Fund

The CEF recognises that diversity of energy sourcing is essential for the security of supply. Therefore, it is exploring a range of sources. These include “oil, gas, electrical power, solar energy, low-smoke fuels, biomass, wind and renewable energy”. However, any serious further investment in oil or gas would set the country on the wrong path. As well as undermining our climate goals, backing fossil fuels leaves us vulnerable politically and economically.

A focus on renewables makes South Africa less dependent on imports. This means we are less affected by global energy prices or political turmoil. Perhaps it is not surprising that South Africa is forecast to add over 5GW of renewable capacity by the end of 2026. At COP26, the country secured billions of dollars worth of investment to support its move away from coal. Renewables’ share of the market looks set to keep growing as the country wakes up to the benefits of solar and wind.

The problem of energy supply is increasingly urgent, threatening the smooth running of the economy. It makes sense to invest in forms of energy generation that can come on stream quickly. A 10 MW wind farm can be built in a couple of months, while a bank of solar panels can be installed in a few days. As well as solving short-term problems fast, renewables are a safe bet for the long term. As the CEF continues with its vital work, a focus on renewables will hopefully shape South Africa’s economy with power, jobs and skills fit for the 21st century and beyond. The Independent Power Producers (IPP) procurement programme is part of the South African government’s answer to its energy generation shortage.

CEFCoalCOP26DMREFossil fuelsGreen economyHealthRenewable energy
We use cookies on our website to give you the most relevant experience by remembering your preferences and repeat visits. By clicking “Accept All”, you consent to the use of ALL the cookies. However, you may visit "Cookie Settings" to provide a controlled consent.
Cookie Settings Accept All
Manage consent