The role of NERSA in a green economy

The National Energy Regulator of South Africa (NERSA) is the regulatory body for the country’s energy industries. Its role is to regulate the electricity, piped gas and petroleum pipelines industries. The National Energy Regulator Act 2004 established NERSA, and various other pieces of legislation provide its mandate. Its official mission is to regulate these industries “in support of sustainable and orderly development”.

How can NERSA (National Energy Regulator of South Africa) drive the green transition?

Aiding the transition to renewables is not yet one of NERSA’s explicitly stated strategic objectives. But, as the national energy regulator, it has the power to drive the green transition. One of the most positive ways it can do this is by approving new renewable generation projects.

It is now significantly easier for NERSA to support new renewables, given a landmark change in the Electricity Regulation Act 2006 (one of the legal acts which gives NERSA its mandate). In 2021, President Cyril Ramaphosa changed schedule 2 of the Act so that private generation projects under 100 MW capacity no longer need to apply for a Generation Licence. Instead, they just have to officially register the project. Previously, the limit was 1 MW.

The difference that this change has made is obvious. In April and May 2022, NERSA approved 16 new renewable energy projects (15 solar and one wind) in the space of just 19 days. This equates to a total of 54 new projects in the first quarter of 2022. Projects in the 100 MW range take longer to register than those that are smaller, but the process for projects of all sizes is much faster.

Energy policy researcher Hilton Trollip of the University of Cape Town told CapeTalk radio that this new regulatory environment is a game-changer. “The financiers are waiting, the project developers are waiting, and these all have a direct impact on reducing load shedding. And there’s a lot more waiting in the queue.” Part of NERSA’s regulatory role is to set the tariffs that public power utility Eskom can charge for electricity generation and that municipalities can charge for distribution.

NERSA’s decisions around pricing are often controversial. In late 2021, Eskom applied for an increase of 20.5 per cent for the financial year 2022-23. But, NERSA actually granted an increase of just 9.61 per cent – less than half what Eskom requested. The regulator described its decision as a “balancing act” between Eskom’s interests, consumers struggling with the cost of living and the economy as a whole.

For guidance when making these decisions, NERSA uses a methodology called the Multi-Year Price Determination (MYPD). The MYPD was designed to balance competing goals, such as incentivising efficiency measures, keeping prices stable and affordable for energy users, and ensuring that Eskom can keep running as a business.

In June 2022, two business chambers brought a court case arguing that NERSA’s actual process for making pricing decisions is unlawful because it does not take the right information into account. They argued that tariffs are not based on the real cost of supply. Instead, they are based on municipal prices that have already added a surcharge on the cost of supply. Municipalities then use this extra money to subsidise other services.

One of the legal arguments was that NERSA does not consider efficiencies or inefficiencies in the municipal supply structures. If NERSA’s pricing was set up to reward efficiency, then this could be a powerful driver for reducing energy use and the associated carbon emissions. NERSA recognises the flaws in the MYPD. In September 2021, it published a consultation paper on developing a new pricing methodology for the future. The paper acknowledges that the current system has failed to deliver stable prices. The decade to 2021 saw prices increase by 175 per cent.

One of the problems raised by the consultation paper is how the MYPD calculates utility costs. These are “lumped together” and averaged. The price tariff based on the averaged cost “bears no resemblance to the actual costs incurred by the utility to deliver a service to individual customer groupings.” NERSA sees this as discriminating against customers by making them pay for costs that their usage does not incur. The system is therefore weakening market signals and “driving poor consumer choices”.

One of the proposed solutions is to divide users into different types of load profiles. Households that have their own renewable generation, but need grid energy at other times, would be categorised as having “variable load profiles”. Their tariff would be a lot higher because they are using the grid at times when more expensive generation sources, such as diesel, are on stream.

This proposal has caused a lot of controversy. It has been criticised by the public, the energy industry and Eskom. One news source described it as a “plan to punish solar power users”.

Pricing as a driver for change

Rather than punishing households for using their own solar power, NERSA could use its pricing powers to encourage household investment in renewables. When a family generates its own green power, this reduces overall emissions and takes the strain off the grid. This benefits everyone, therefore it makes sense to design a pricing system that rewards this.

The National Energy Regulator could also use export tariffs to encourage households to invest in solar. Export tariffs, or feed-in tariffs, pay household energy generators to export power back to the grid. South Africa does not currently have any nationally agreed feed-in tariffs. But, municipalities, such as the City of Cape Town, have introduced them, and NERSA has approved them. Payments come in the form of credits on your utility bill, and it is currently not possible to sell more energy than you pay for. Experts have argued that more attractive tariffs and the option to get paid in cash would encourage more household investment in renewables. On a larger, more long-term scale, NERSA’s role as the national energy regulator means that it makes the big decisions on generation sources. It has two urgent priorities: the coal phase-out and avoiding further load shedding problems.

In November 2021, South Africa signed a political declaration on the just energy transition. This recognises the urgent need to phase out coal. NERSA must make its decisions in the context of this commitment to decommission coal-fired power stations as soon as possible.

However, the country has long been battling a shortage of generation capacity. Eskom produces weekly reports showing the current situation and the forecast for the next year. This assumes a “planned risk level”, where some generation capacity is down for maintenance and a “likely risk scenario” where there will be an additional 2,000 MW of outages. The report for late August 2022 shows a red or orange warning for every week until August 2023. Orange indicates a failure to meet reserves and sometimes demand. Red means a failure to meet even demand.

Rolling blackouts caused by load shedding remain a fact of life for South Africans. Living with an unreliable electricity supply has even been linked to mental health problems. Phasing out coal while keeping the lights on means using new generation sources. The Integrated Resource Plan 2019 estimated a short-term supply gap of 2,000 MW between 2019 and 2022. The government created the Risk Mitigation Independent Power Producer Procurement Programme (RMIPPPP) to fill this gap.

Under the RMIPPPP, generators bid to sign power purchase agreements (PPAs) with the government with the understanding that they are nearly ready to connect to the grid.

It has become clear that gas is unfit for this kind of transitional role. In March 2021, the government signed a PPA for 1,220 MW with Karpowership, which operates floating gas-fired power plants. There was strong opposition on many different grounds, including the devastating impact on marine life and coastal communities. But, perhaps the biggest problem is the pricing. As Karpowership uses fully imported LNG fuel, its costs are vulnerable to any changes in the wholesale price of LNG. This goes against NERSA’s aim of securing stable prices for South African people.

As of July 2022, Karpowership is embroiled in court cases and has not yet received the permissions it needs to use port space.

While other gas contracts may not pose all the same problems, they share the same downside: risk. Gas is vulnerable to price spikes and supply disruption. It is impossible to predict how much it will cost over the course of a 20-year PPA. It also risks undermining the country’s climate goals, which were the whole point of the coal phase-out in the first place.

Scaling up renewables is the only truly “no regret” option here. Not only are they a zero carbon power source, but having more renewable capacity to fall back on means less exposure to the changing prices of fossil fuel energy markets. NERSA has the power to drive the green energy transition. But first, it must remove the barriers to new renewables and foster an environment that encourages green energy investment. 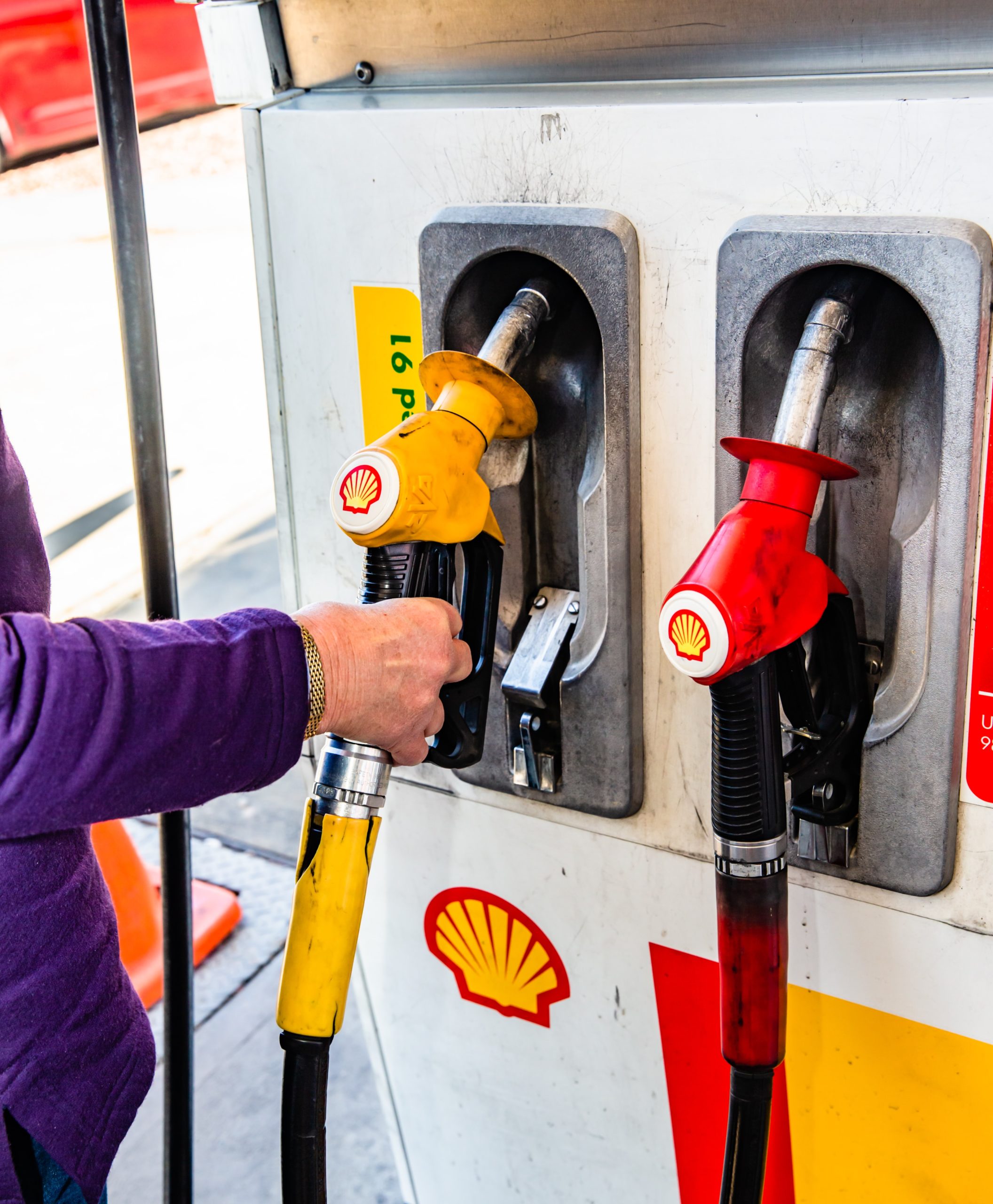 2019 IRPCoalCyril RamaphosaEskomKarpowershipLoad sheddingNatural gasNERSARenewable energy
We use cookies on our website to give you the most relevant experience by remembering your preferences and repeat visits. By clicking “Accept All”, you consent to the use of ALL the cookies. However, you may visit "Cookie Settings" to provide a controlled consent.
Cookie Settings Accept All
Manage consent