By Evelyn Smail 20 September 2022
What is global warming and what are its effects? Find out here in this video.

Global warming is the long-term warming of the Earth’s temperature. It is caused by greenhouse gases accumulating in our atmosphere, which absorb the solar radiation that has bounced off the land and ocean surface. Greenhouse gases (GHGs) trap heat for years and even centuries, and release it over time “like bricks in a fireplace after the fire goes out“, says the US National Oceanic and Atmospheric Administration (NOAA). This impact is called the greenhouse effect. Without this, solar radiation would escape into space, and the Earth’s average annual temperature would be as low as -18°C rather than 14°C.

Natural cycles and fluctuations have changed the Earth’s average temperature several times over the last 800,000 years. However, human activity is causing the current era of global warming, and our use of fossil fuels is the main driver. Burning coal, oil, gasoline and natural gas for electricity, heat and transportation emits billions of tonnes of heat-trapping GHGs yearly. Of all the human-caused GHG emissions, carbon dioxide (CO2) is the most abundant. Others include methane, nitrous oxide, water vapour and synthetic fluorinated gases. As concentrations increase in our atmosphere, they trap more heat and are causing the average global temperature to rise. Even a seemingly slight rise in average temperature can cause dramatic, irreversible consequences for our planet.

Global warming and climate change are sometimes used interchangeably. However, global warming is just one aspect of climate change. It is also a cause. As the planet continues to heat, this disrupts weather patterns, seasons and ecosystems. Extreme and unpredictable weather, such as heatwaves, droughts, wildfires, floods and tropical storms, is becoming more common across the world as the average temperature rises. Warmer air also makes air pollution worse by increasing ground-level ozone smog.

But, the consequences of global warming differ between counties and regions. Some places will become hotter, some colder, some wetter, some drier. Global warming also impacts populations differently. Its effects have worsened global economic inequality, both internationally and within countries. Global warming most acutely impacts poor and marginalised groups, causing hunger, poverty and displacement for those least responsible for its cause.

Carbon concentrations are highest in over three million years

The rising concentrations of CO2 and other GHGs in our atmosphere are tipping our planet out of balance. “Fossil fuels like coal and oil contain carbon that plants pulled out of the atmosphere through photosynthesis over many millions of years; we are returning that carbon to the atmosphere in just a few hundred years”, explains the NOAA.

In pre-industrial times, before the mid-eighteenth century, the global average amount of CO2 in the atmosphere was about 280 parts per million (ppm). In 1958, continuous observations of global atmospheric CO2 began at Mauna Loa Volcanic Observatory in Hawaii. By this time, concentrations had already risen to 315 ppm. It exceeded the ‘safe’ level of 350 ppm in 1986, and as of September 2022, it is at 416 ppm. These levels are the highest in 3.6 million years. When accounting for all greenhouse gases, total CO2e (carbon dioxide equivalent) reached 460 ppm in 2019. This level is 52 ppm more than ten years ago and about 180 ppm higher than pre-industrial times. Under the Paris Agreement, nations around the world have committed to lower GHG emissions to reach net zero by 2050. The aim is to ensure the average global temperature does not exceed 1.5°C above pre-industrial levels. This is not an arbitrary number. Many ecological systems are incredibly sensitive to a warming climate, meaning “every fraction of additional warming above 1.5°C will bring worsening impacts, threatening lives, food sources, livelihoods and economies worldwide”, warns the United Nations (UN). But, global emissions continue to rise, and without action, the world could be headed for 3°C of warming by 2100.

The global temperature has already risen by about 1.2°C since pre-industrial times. This amount of warming has already caused widespread suffering around the world. “Nearly half of humanity is living in the danger zone – now. Many ecosystems are at the point of no return – now. Unchecked carbon pollution is forcing the world’s most vulnerable on a frog march to destruction – now”, said UN Secretary-General António Guterres in February 2022.

However, it is not just about reaching net zero by 2050. The atmosphere can absorb only so much carbon before the planet heats above 1.5°C. At the latest Intergovernmental Panel on Climate Change (IPCC) calculation, the world has just 400 gigatonnes (GT) remaining in the carbon budget. With emissions at a constant level, the world would use up the carbon budget in fewer than eight years.

The ocean is taking on the heat

The ocean – particularly the deep ocean – has a vast capacity to sequester heat. Over 90 per cent of the excess heat in our Earth’s system from human-induced global warming has been absorbed by the ocean. This quantifies a “mind-bending” amount, wrote professor of thermal sciences John Abraham in early 2022. “Last year the oceans absorbed heat equivalent to seven Hiroshima atomic bombs detonating each second, 24 hours a day, 365 days a year.”

Unsurprisingly, this massive burden is having grave consequences for the stability of the ocean biosphere. It is threatening sea life and many food chains, making storms, cyclones and hurricanes more powerful and exacerbating sea level rise. Moreover, the ocean produces half of the Earth’s oxygen produced by plants. This makes the atmosphere we breathe inherently connected to the health of the ocean. But, there is only so much excess heat that the ocean can absorb. Scientists warn that some of that pent-up heat might soon release back into the atmosphere and could contribute to significant increases in global surface temperature in the coming years. The ocean is absorbing most of our excess heat

Temperatures in South Africa have been increasing rapidly over the past 50 years, at about twice the rate of the global average. The effects are already being felt, such as the drought of 2007 and April 2022’s devastating floods, which were made twice as likely due to global warming, scientists confirmed. In January 2022, Cape Town also recorded its highest ever temperature at 45.2°C — breaking the previous record by almost 3°C.

Climatologists from the University of the Witwatersrand warn of the threats of unabated global warming to South Africa. The economic heartland of Gauteng is at increasing risk of “Day Zero” in the next decade, for example. Further risks include more frequent and severe tropical cyclones and deadly heatwaves, as well as drought which could collapse maize crops and the cattle industry. Food and water security are further threatened by saltwater intrusion caused by melting glaciers and rising seas.

Countries must immediately and drastically reduce the use of fossil fuels to halt global warming and secure a safe future world. Heat-trapping GHG emissions must be cut by 43 per cent by 2030, according to the latest IPCC report, to keep the 1.5°C target alive. “It’s now or never”, said IPCC Working Group III Co-Chair Jim Skea. “Without immediate and deep emissions reductions across all sectors, it will be impossible.” And due to the Earth’s vast carbon sinks, reaching net zero emissions could halt warming quickly. Carbon Brief writes that the best available evidence indicates that “warming is likely to more or less stop once CO2 emissions reach zero, meaning humans have the power to choose their climate future.”

As a signatory of the Paris Agreement, South Africa has committed to reaching net zero by 2050. However, its current climate targets and policies are “insufficient” to achieve 1.5°C, and instead are consistent with 2°C of global warming, according to Climate Action Tracker. South Africa has a lot to lose as a result of global warming but a lot to gain from reducing emissions as quickly as possible. A rapid and just transition away from fossil fuels is the best way to halt global warming and secure a “low-carbon, prosperous future” for the people of South Africa. 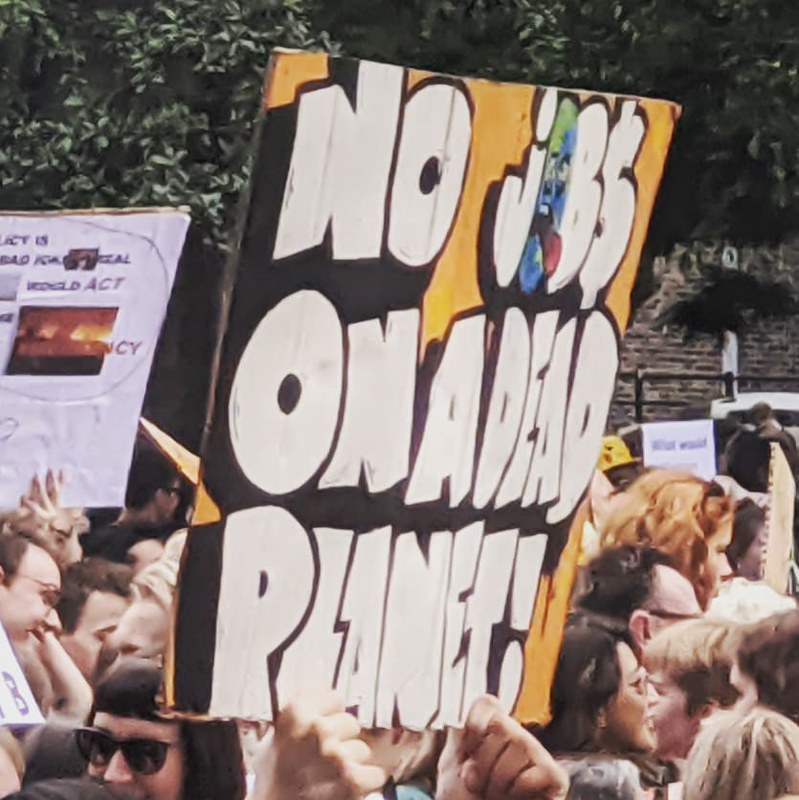 Carbon dioxideClimate changeDroughtExtreme weatherFossil fuelsGlobal warmingGreenhouse gasesIPCCNet zeroParis Agreement
We use cookies on our website to give you the most relevant experience by remembering your preferences and repeat visits. By clicking “Accept All”, you consent to the use of ALL the cookies. However, you may visit "Cookie Settings" to provide a controlled consent.
Cookie Settings Accept All
Manage consent