Types of coal in South Africa

South Africa’s coal reserves are estimated to be between 15 billion tonnes and 55 billion tonnes. This is the amount of coal that is economically recoverable. The vast majority of these reserves, 96 per cent, are bituminous coal. About two per cent is anthracite coal and the other two per cent is metallurgical.

Bituminous coal is the most abundant type of coal globally and the second-highest quality coal after anthracite. It is made up of 76 to 86 per cent carbon and has a high energy density. Given its high carbon content, bituminous coal is ideal for electricity generation and steel and cement production. Bituminous coal has two subtypes: thermal and metallurgical. Thermal coal is used in power plants, while metallurgical is suited to making steel.

In the South African Department of Energy’s 2016 coal sector report, it was noted that “coal is abundant, affordable, easy to transport, store and use, plus free of geopolitical tensions.” Therefore, it is no wonder that the government considered coal an essential part of South Africa’s energy mix seven years ago.

However, the landscape has changed since then. Coal is indeed full of geopolitical tensions as countries come under pressure to decarbonise. The Intergovernmental Panel on Climate Change (IPCC) has made it clear that governments must decarbonise rapidly to shield the world from the worst impacts of global warming. The IPCC says that global warming will exceed 1.5°C and 2°C above pre-industrial levels during the 21st century unless “deep reductions in carbon dioxide and other greenhouse gas emissions occur in the coming decades”.

Coal is a big employer

However, transitioning away from coal is not that simple in South Africa. South Africa’s entire coal value chain employs about 150,000 people in total. About 90,000 of these are people employed directly by the coal mining industry. The others mostly work in coal transportation, power and petrochemical production, or steelmaking and cement production.

Coal energy is costly for the economy

Coal energy also no longer makes economic sense. Renewable energy is now cheaper than energy produced by coal. The cost of renewable energy has plummeted in the last six years. Yet, despite this, South Africa plans to add 1,500 megawatts (MW) of coal power to its national grid. This is according to its 2019 energy plan, which sets out the country’s energy trajectory until 2030.

South Africa’s energy minister, Gwede Mantashe, is a proponent of coal energy. This is despite efforts by the leadership of the state-owned energy company Eskom and other Cabinet ministers to transition the country away from coal. South Africa recently signed a USD $8.5 billion deal with countries from the Global North to help it transition away from coal.

In addition, it is now nearly impossible to find funding for new coal energy infrastructure, raising questions about how South Africa will add the 1,500 MW to its grid. 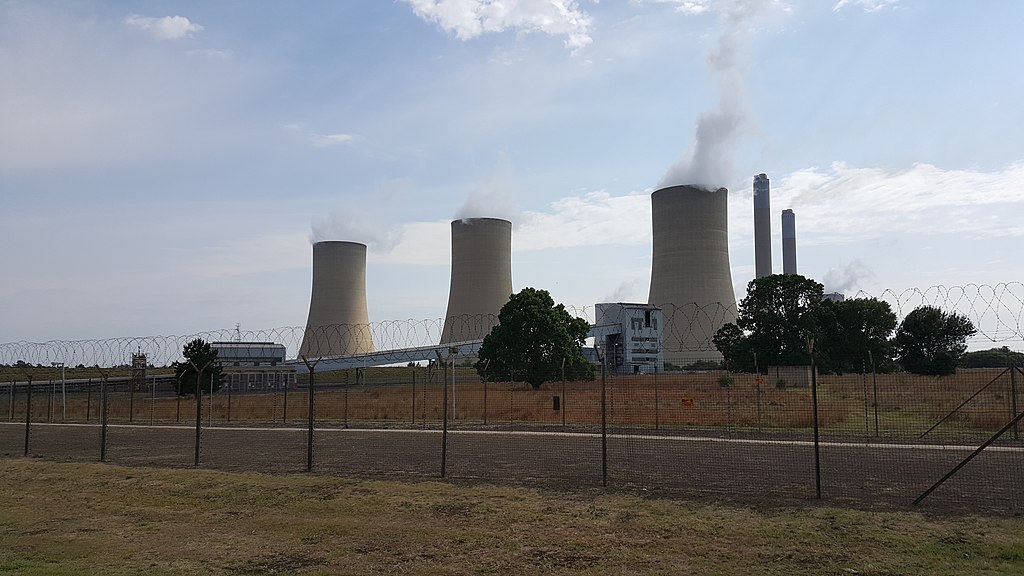 These outages, called load shedding, cost the economy between R60 billion and R120 billion in 2019.

South Africa’s reliance on coal will cost it economically in the future too. Eskom’s Chief Executive Officer, Andre de Ruyter, warned that South Africa risks being penalised by the international community if it does not reduce its carbon footprint.

South Africa accounts for about half of Africa’s carbon emissions. It is 25 per cent more carbon-intensive than China. South Africa will not be able to trade with the world’s biggest economies, like the European Union (EU), if it does not end its reliance on coal, De Ruyter said.

Consider the South African automotive industry, for example. South Africa exports 64 per cent of its vehicle production. The industry would suffer in South Africa if other countries subject it to carbon penalties, he said. De Ruyter said the transition away from coal presented an opportunity for South Africa to create new jobs and grow its economy. But, the transition is also “an economic, societal and environmental imperative”, he said. South Africa should not add new coal to its energy mix, experts say. Doing so will only result in job losses, reduced economic growth and higher electricity prices.

The human cost of coal energy

Coal energy also takes a huge social and environmental toll on South Africa. Every year, approximately 5,000 people die due to the poor air quality in towns around South Africa’s coal power stations, an exclusive Reuters report revealed. Nearly a quarter of all households in the area have children with persistent asthma. The South African government has repeatedly granted waivers to Eskom and the state-owned coal-to-liquids producer Sasol, allowing them to ignore the legal air quality legislation.

The health impact of Eskom’s greenhouse gas emissions costs South Africa’s economy roughly USD $2.37 billion per year. The air around South Africa’s coal belt is one of the most polluted in the world.

Therefore, coal no longer makes sense from an economic, social and geopolitical point of view. Air pollutionCarbon dioxideCoalEconomyEskomGreenhouse gasesHealthJobsSasol
We use cookies on our website to give you the most relevant experience by remembering your preferences and repeat visits. By clicking “Accept All”, you consent to the use of ALL the cookies. However, you may visit "Cookie Settings" to provide a controlled consent.
Cookie Settings Accept All
Manage consent